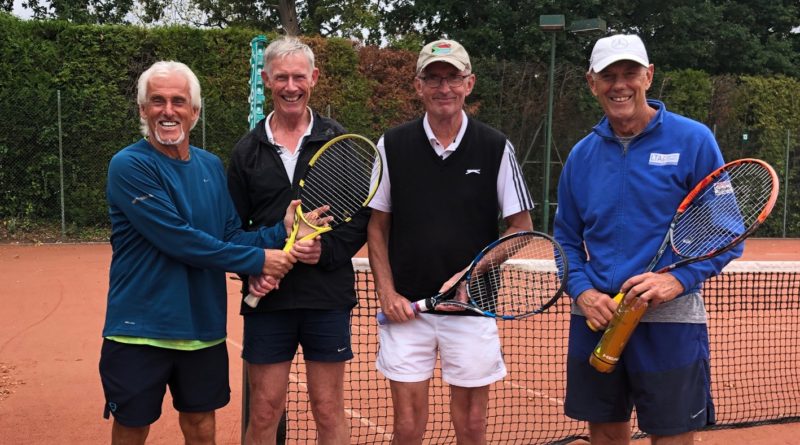 At the Grade 3 ITF Woking tournament, three men from Pav & Ave contested the 65+ category. Steve Davies and Manfred Naumann paired up to play Jason Squire and the outsider Barrie Gilbert. Played on clay courts in the rain it was Jason and Barrie that came out on top winning 6 -4 and 6-3. Prizes included wine, Prosecco and smug satisfaction.

The ITF run tournaments across the World throughout the year. The age brackets start at 35 and in increments of 5 go up to 85. Most of the top players are coaches and ex professionals and so it gives all tennis players the opportunity to test their standard against the very best.