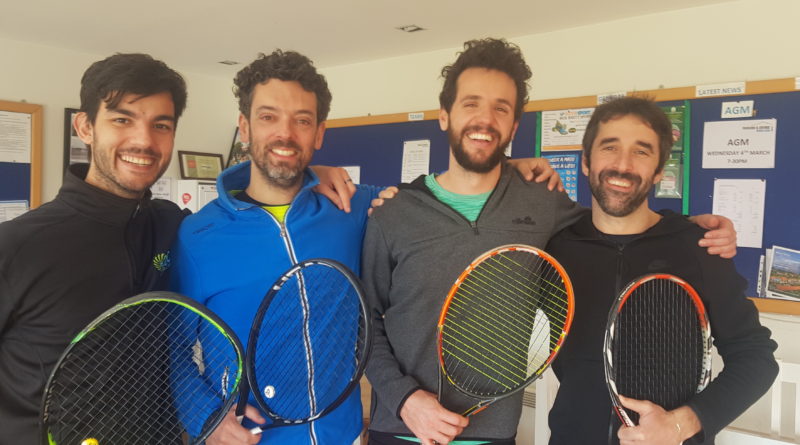 Team tennis
March 2, 2020March 2, 2020 jasonsq club tennis in Brighton, Club tennis in East Sussex, Club tennis in Hove, Men's team tennis in Brighton, Men's team tennis in Hove
Another 4-0 win for the Men’s Third Team. This time we were against the team on second position our league, Southdowns Sports Club Men’s 5th Team.
Adriano &Phil had a difficult first rubber, eventually winning 1-6 6-0 and taking the championship tiebreak.
They won comfortably their second rubber 6-0 6-0.
Things were a bit more complicated for Andrè&Fran winning the first rubber 6-4 6-3 but struggling a bit in the second one winning 3-6 6-1 and conquering the championship tiebreak.
9
This means the men’s third team has only dropped 1 rubber for the entire Winter season and we end up at the top of our division and, therefore, getting promoted.
The strong winds and rain did not stop us.