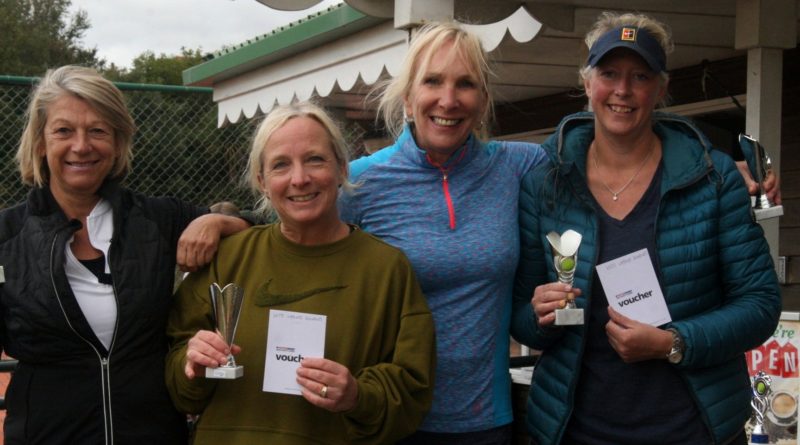 This was the tournament that was meant to take place during May and June but because of Covid was suspended. But thanks to Adam and Julie we reinstated. And what rewards we got. There were about 250 entries ranging from 9U to 55 plus. In the Men’s Open singles alone there were 26 names in the hat and a draw of 32 for the 45 + category. There were 16 rounds for the 10U as well as the 12U and 14 mixed. It all reflects the new health of the membership bursting with new members who have joined over the year. 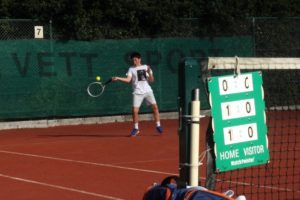 I won’t be able to do justice to the rounds that were played in the wind and the rain the weeks before but just to say it took some effort by a number of individuals to make sure that finals day happened without categories being uncompleted. And as for the Sunday October 11th – we could not have wished for better. Warm, sunny and little breeze – in other words tennis heaven on the brand new clay courts at Pav & Ave.

No particular individual dominated in terms of walking off with all the trophies – and that’s a good thing as it underlines the even and excellent standard of the players that took part. Although having said that Ivan Pineda Vera picked up three trophies at the junior level and Mandy Tyler was a winner in all three of her finals at the senior end of the tournament. Kate Bloomfied won the Ladies Singles championships and Keith Pullin, who is the performance coach at Tennis Sussex won the Men’s title. But possibly the tie of the tournament was played between Jayden Hobbs and Lola Lavandera with Jayden eventually winning 11-9 in the CTB. The large crowd – socially distanced- were treated to a wonderful exhibition of clay court tennis by these two fine young players and were both applauded generously at the end of a gripping match.  Other highlights included two 17 year old’s Jake and Tom winning the Men’s Open Doubles in a great match against the Pollard boys.

In the Open mixed doubles Mandy and Adriano defeated Keith and his daughter in a CTB and it was equally close in the Men’s 45+ category as Steve and Tray defeated doubles specialist Jon and Arwel – again in a CTB. Wins too for Jemma and Amanda in the Ladies doubles.

At the presentation we were also treated to a visit by Bruno Saltor (ex Brighton FC) who hit with youngsters as part of a raffle put together by Ben Atkins. 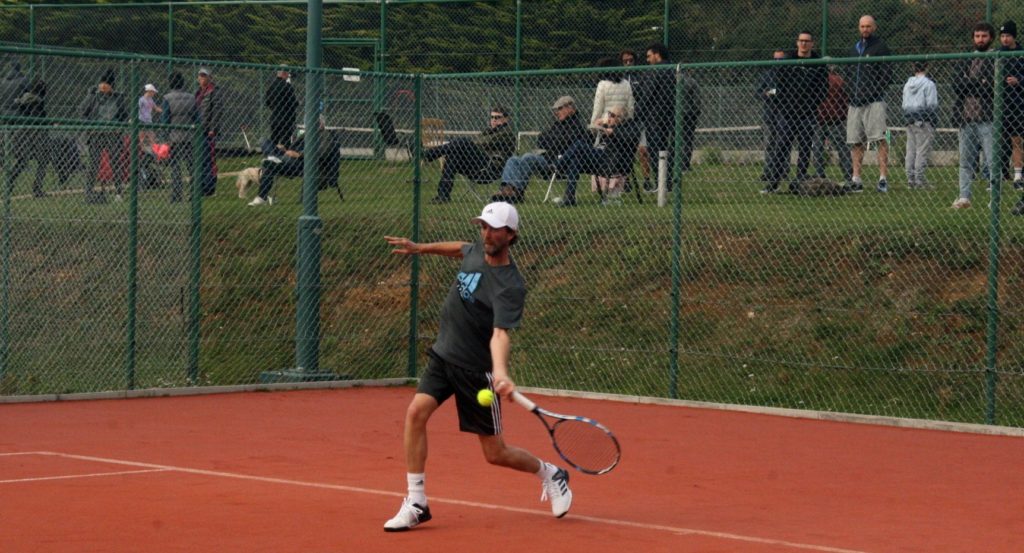 Great day – and mostly down to the efforts of Julie Hobbs, Adam Webb, Andrea and Alan Pullin and Malcolm’s team including Tracey and Joesephine and Nicky who worked the bar and refreshements.