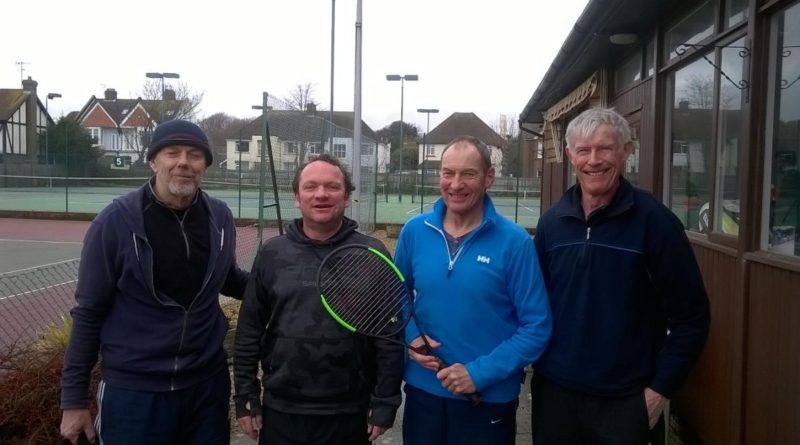 The main picture shows Dozy, chunky, grumpy and lofty aka the Pav & Ave Third team after a long Sunday morning in the rain slogging away with the Southwick First Team. The result was a 2 – 2 draw. Jason and Steve just managed to squeeze past their second pair but hammered their first pair who had playing for them an ex Brighton and Hove Albion footballer. What was not so impressive was that his playing days were in the late 1960’s.

Mossy and Colin “the Grump” Pow muttered their way to a couple of tight losses. The last match being a championship tie break result of 9 – 11.  Still good to play.

Lunch consisted of cake, pizza and a pot of tea. This particular team member would prefer a beer and a sandwich.