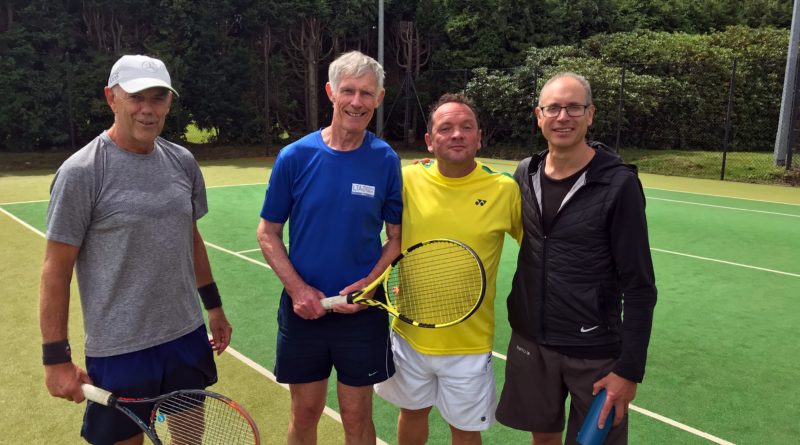 Lead by Neil Moss Pav & Ave beat Compton Tennis club in convincing fashion – winning  by four matches to zip.  The match was played in some rain and on heavy astroturf courts but even so Pav & Ave outclassed a canny Compton team. Jason and Steve cruised past the second pair 6-0 and 6-2 whilst Neil and Brian won in a CTB against their first pair. In the reverse matches Neil and Brian had the same easy victory against the Compton second pair 6 – 1 and 6- 2 whilst Jason and Steve took a bit longer to finally overwhelm their first pair 6-4 and 6-2.