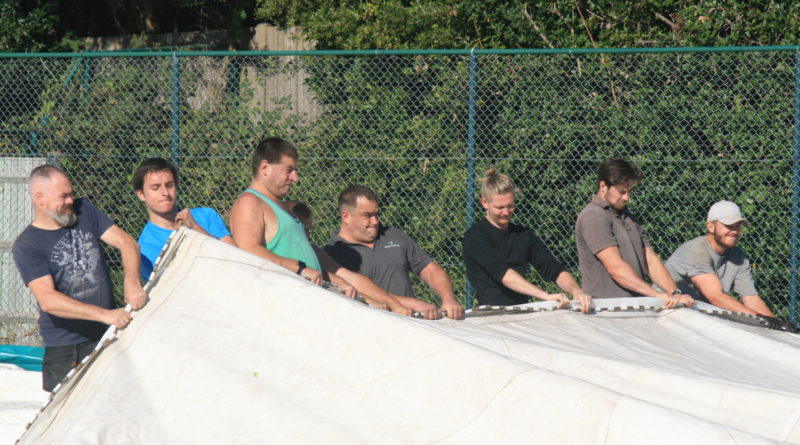 Its the second week in October and that means its time for the Airhall to be unravelled and inflated for the winter season. A Bubble or Airhall is a major investment for Pavilion Avenue but it enables the club to provide guaranteed tennis all the year round. And so with four illuminated astroturf courts it means that the club has in effect six courts that could be used for evening tennis.

The putting up and taking down of the bubble is a major operation and requires a team of experienced professionals. Thankfully the guys from Kingdom  have done this a few times and have got the process down – maybe not to a fine art but to a system that makes sure the facility is weather proof and safe for the next six months. And to kick off the season, the rates will be fixed at just £8 per hour at any time on any day of the week until further notice. 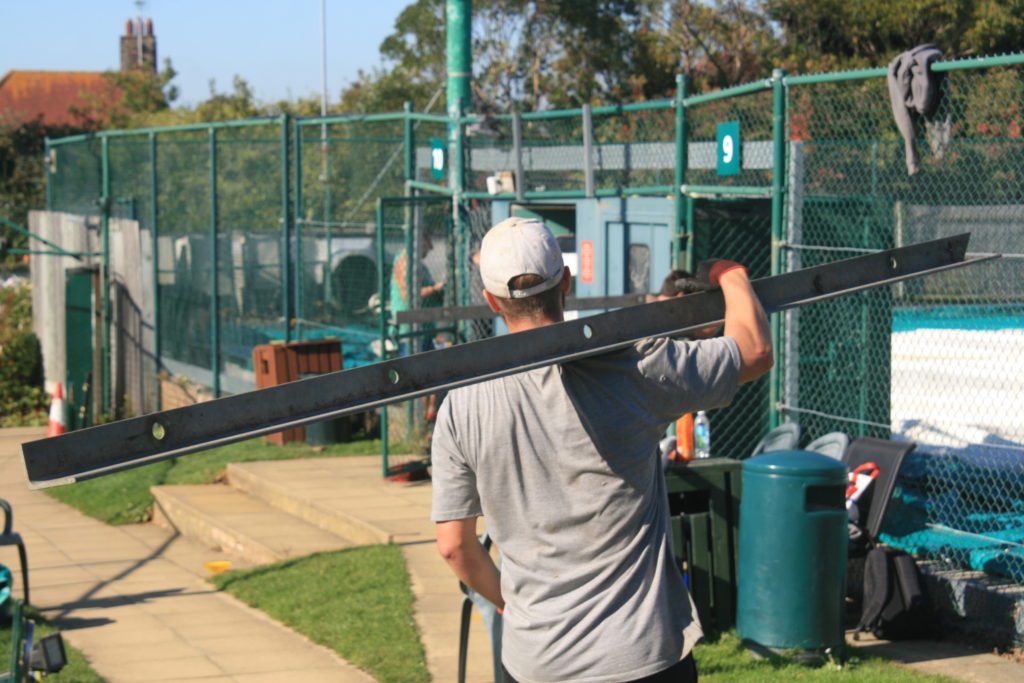