Skip to content
Archive league matches Team tennis
August 20, 2018September 9, 2020 jasonsq club tennis in Brighton, Club tennis in East Sussex, Club tennis in Hove, Men's team tennis in Brighton, Men's team tennis in Hove
This has been a positive season in Division 4 of Sussex (doubles). We ended mid table but only 3 points off the two promotion places. We won 55% of games through the 6 matches, which in many leagues is enough for promotion, and we might have secured it if more of the 10-point tie-breaks had gone our way!
Hopefully the experience will help us next season. We have a good squad, with very good juniors coming through, and can aim to go up next year.
Players who represented the club were:  Tom Beutell-Triggs, Jack Beutell-Triggs, Young Kun Moon, Tom Trafford, Jake Cahillane, Alan Dykins, Colin Pow and Jon Potter.
We say a sad good bye to Young who is returning to South Korea.  All the very best, and we look forward very much to seeing you some time in the future.
With good wishes,  Jon Potter, Captain, 1st Team
In the picture are Jake,Tom BT, Jack BT and Tom Trafford 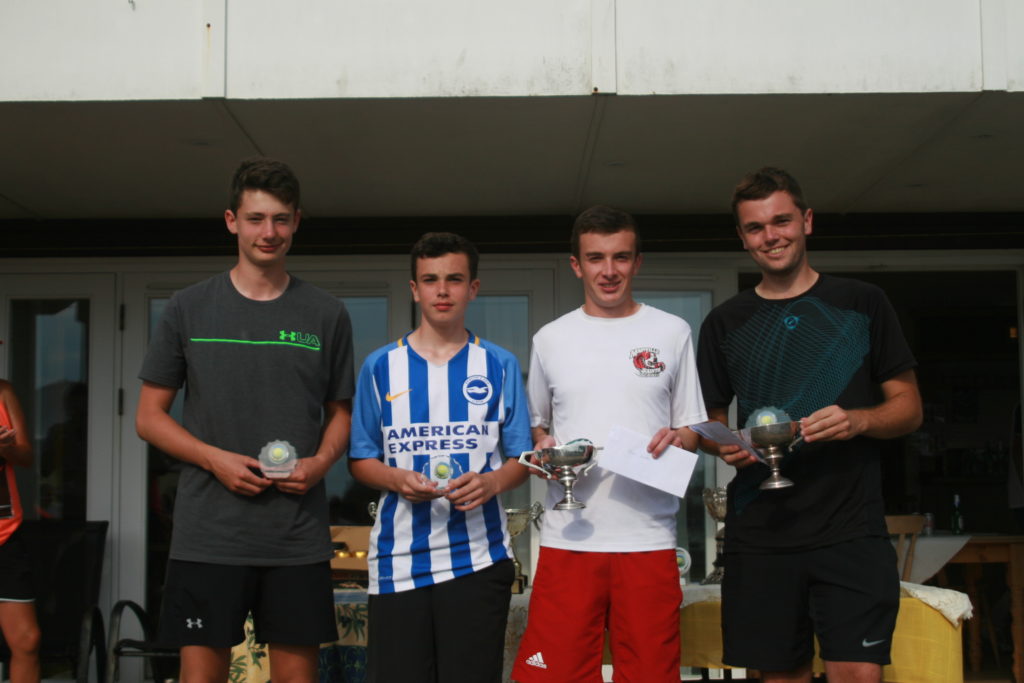