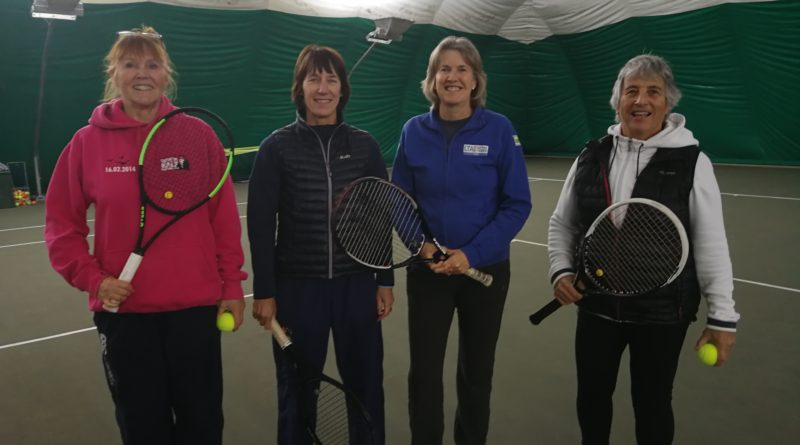 The Ladies Pav & Ave First Team have got off to a really good start to the 2018/19 winter season, considering that they had  only been promoted last winter into Division 2 and  were expecting  some very tough matches! 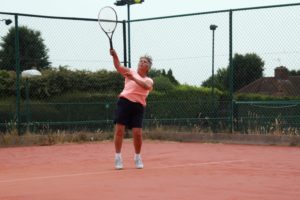 The team of Gill, Janet, Mandy and Lesley Ann (AKA The Slice Girls)) pretty much surprised themselves by what looked like an easy 4-0 win against The Green for the first match of the season.  But it was actually quite a closely fought battle at the time. The same Fab Four then had a much harder battle against the Weald on their clay courts, and again, considering the good opposition , were not really expecting a win but managed to scrape a 3-1 victory, winning one on a closely fought 3rd set tie-break and just losing one on a 3rd set tie-beak.

So 7 points from the first 2 matches put the team top of the table. Then things got a little tough. Lesley Anne got injured and both Gill and Janet were both very much under the weather, struggling with illness or injury, for their next match against Harbour Way. Mandy was very much the strongest and steadiest of the players and with Gill managed to beat one of the pairs. Patricia Pollard partnered an injured Janet, doing lots of the running, and they only just lost a closely fought 3rd set tie-break. So very nearly a draw but not quite! 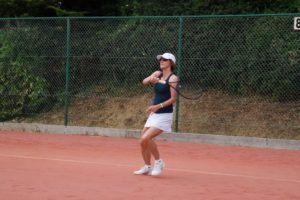 So 2 good wins and a 3-1 defeat so far with home matches to come at fortress Pavilion & Avenue.