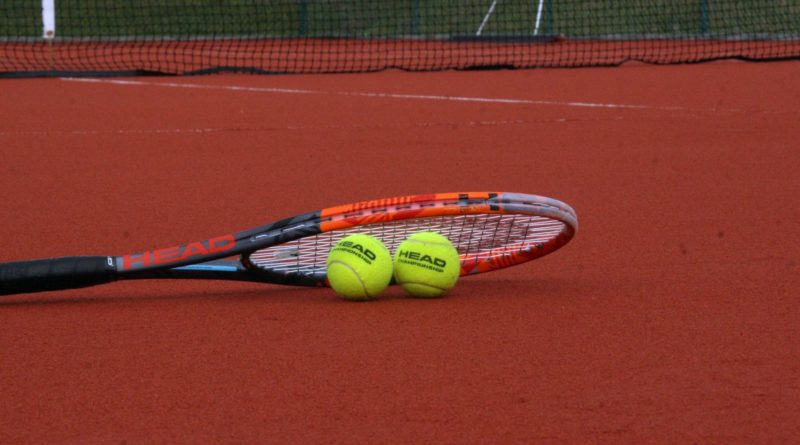 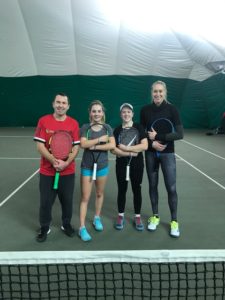 Not even Manchester City can lay claim to exceeding the fine record of Pav ladies 1 this season. By early January, they were already guaranteed to be top of the Div 3 table and champions elect. Their playing record this season was an admirable 100% match winning record, comprising a total of 23 rubbers won to only 1 lost (in a champs tie-break!); 47 sets won to 4 lost. They are thoroughly worthy champions, and are aiming to do the same next winter in Division 2. Many thanks to the following players who represented the club: Kate Bloomfield (Capt), Janet Crome, Alicia Dudeney, Tiana Fox, Sophie Hobbs, Sonay Kartal, Gill Mastrangelo, Judy Pow, Gaby Vega. (Picture shows Tiana and Sonay – part of the Ladies  1 triumphant tennis team. They played in an exhibition match with Davis and Fed Cup players)